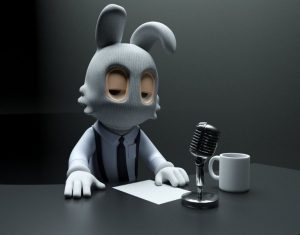 A KID called BEAST is the latest NFT PFP project to steal the show among collectors. The controversial collection gained popularity for its unique minting system, both in a good and a bad way. On the bright side, users can allegedly pick their NFT type when minting, which almost never happens with similar projects.

Of course, the NFT community can’t help but wonder what’s going on. Is a KID called BEAST worth the hype? Do these collectibles hold valuable perks or not? Here’s everything we know so far:

What Is a KID called BEAST?

Basically, a KID called BEAST is a new NFT project inspired by the inner beast that lies inside of us. The founders’ theory says that we all share basic instincts, some hiding them better than others. This NFT collection aims to honor our inner self, allowing collectors to express their freedom.

Of course, everybody is different. That’s why the debut AKCB collection consists of 10,000 3D collectibles divided into 20 Beast Modes. Each Beast Mode has different traits and interests, ranging from culinary pleasures to art, luxury living, crypto, and even coding. Some avatars are sensitive or loud, while others are honest and aware – and their outfits definitely reflect their personalities.

Considering this system, many NFT traders assume that each Beast Mode will bring custom utility, although this wasn’t officially confirmed yet.

Who is behind the project?

In total, the AKCB team has 21 members including digital artists, community managers, and developers. Accordingly, this team has been working on the project for 14 months, which sounds pretty promising – so why is it so controversial?

How does the minting process work?

Much like other NFT projects, a KID called BEAST opened a whitelist (known as “beastlist”) prior to minting. By January, the list had amassed more than 24,000 members – a great number for a new NFT project.

By January 17th, though, that list surprisingly dropped to 9,000 members, causing a stir among collectors. Rafsby soon explained that the initial allowlist had many bots and only 9813 real users remained after removing those bots from the list. However, Twitter user @hypno.eth pointed out that the remaining 20K wallets are still part of the AKCB smart contract.

This conflict is probably why a KID called BEAST delayed their mint until Friday. Here’s their Twitter announcement:

In other words, the best we can do right now is to sit and wait for other announcements. If you’ve made it to the Beastlist, make sure to follow their Twitter account and get your digital wallet ready for this Friday!

The post A Kid Called Beast NFT: Everything You Need To Know appeared first on NFT Evening.