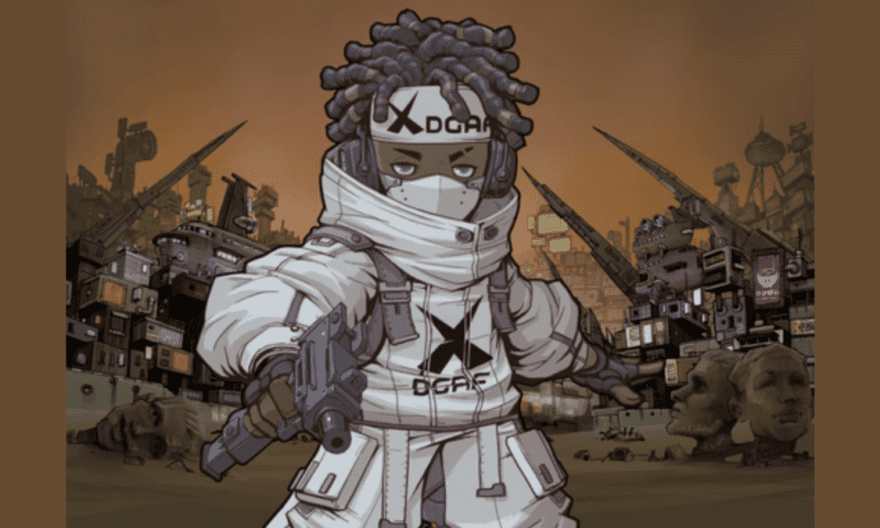 BasedHeads, an NFT project by filmmakers is taking over Ethereum! The project by BasedAF, a content studio supported by Robert Schmidt aka Supermassive, sold out within 24 hours. Read on to learn how this 10,000 NFT project toppled the Bored Apes in the week leading to launch!

What Is The BasedHeads NFT Project?

The BasedHeads are a collection of 10,000 unique NFT avatars. Their story is centered around a universe created by Supermassive, called TrashLand. Also, the people in the world are referred to as Denizens and the dark, gritty world-building completely captures the essence of future dystopian degeneration. The project is a hidden gem in the NFT space.

BasedHeads launched their Discord on 3rd January claiming it to be a “one-way ticket to TrashLand.” On January 7th, the project took to Twitter to proclaim that it sold out within 24 hours of launch. The tweet also expressed gratitude for the support and promised to deliver an “epic ride” ahead. The rise to fame for the web3 project also meant that the team dealt with massive demand for their product. The project also announced on the same day that a raffle will be held to tackle this demand. The project announced its PFP reveal earlier today, and people are vibing to the fullest!

More About The Project

Robert Schmidt (@IAmSuperMassive) is a film industry OG with over 20 years of experience. He is also responsible for growing The Defiant into one of the most popular Web 3 channels. The BasedHeads NFT project has a VC-funded runway. The project claims that this helps them move in a direction that allows them to “dominate creating Metaverse-centric content.”

According to the project’s OpenSea, the BasedHeads are “Metaverse Maniacs”. Moreover, they claim that the project is a Web3 experiment in audience building. It wants to make being a SuperFan really fun and maybe even innovate in a way that it becomes a full-time job!

The post BasedHeads, An NFT Project From Filmmakers Sells Out Completely appeared first on NFT Evening.

Did you miss our previous article…
https://nft.magnewsblog.com/basketball-blockchain-simulation-game-swoops-launches-season-0/