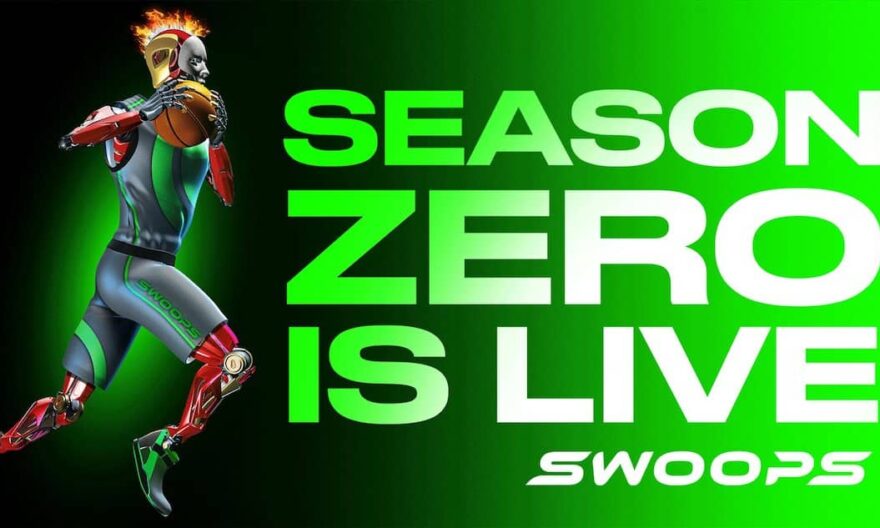 Swoops, a blockchain-based basketball simulation game that has been in development for nine months, just launched season 0. In collaboration with Gary and AJ Vaynerchuk, Jason Robins, and several NBA ownership groups, Swoops intends to create a virtual basketball paradise. Naturally, fans will operate and own it.

Season 0 of Swoops is the game’s free-to-play beta phase, which is accessible to all team and player owners. Users will get the chance to learn about their roster before risking any of their money. In the future, users will be able to own virtual players as well as train and stake them. Using the characters, you can also enter contests with cash prizes. Moreover, data and statistics are crucial components of gameplay, powered by the proprietary Swoops Simulator 2.0.

“Season 0 is our chance to learn, improve and most importantly, take in feedback from our users, who are as much a part of our world development as we are,” said CEO, Manish Sinha. “Today, we’re focused on building the best possible game experience for our community of die-hard basketball fans; tomorrow is about growing Swoops into the biggest virtual basketball league in the industry.”

A brief history of Swoops

2022 was a significant year for the team at Swoops. A first-of-its-kind NBA simulation game was released, Swoops GM. It amassed a whopping 45,000 unique entries in just a few months. Furthermore, shortly after the launch, the team released the first 1,500 Swoopsters to the public. The collection sold out in under 35 minutes. However, it doesn’t end there. The Swoops universe currently has 400 named players, 140 named teams and 33 team Twitter accounts. Resulting in over 76 ETH in total trading volume on the secondary market. It is an exciting time for the team as it looks ahead to the coming year.

Did you miss our previous article…
https://nft.magnewsblog.com/new-startup-mntge-brings-vintage-fashion-to-the-metaverse/