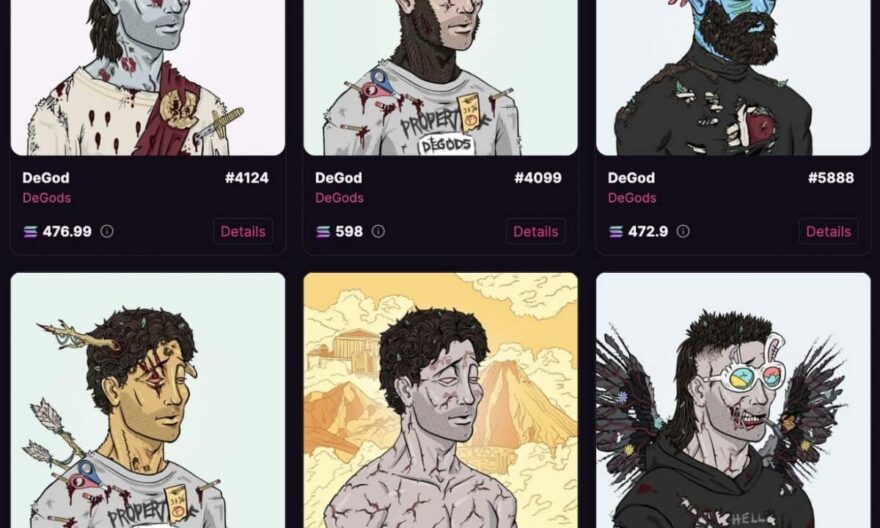 DeGods and y00ts, two of the most popular Solana NFT collections, have announced they are migrating to Ethereum and Polygon. After testing, the move will happen in Q1 of 2023, with the projects likely to release official roadmaps in January 2023. $DUST, the utility token of both y00ts and DeGods, will also bridge to the new chains. Let’s take a closer look at what we know so far:

In a separate tweet on Sunday, December 25, DeGods and Y00ts announced it is bridging to Ethereum and Polygon, respectively. In January 2023, the projects will also release their new roadmaps.

“The details of the bridge will be released when it’s ready & tested,” both tweeted. “This has never been done before at this scale. We want to make sure that it’s airtight.”

However, the teams are yet to state the reasons for leaving Solana. That said, one Reddit user alleged that the NFT collections “requested millions of dollars from the Solana Foundation” to stay on the blockchain. But Solana allegedly did not oblige. Currently, this is mere speculation and the projects are yet to comment on this.

Nonetheless, amid various speculations, DeGods and y00ts founder, Frank DeGods released a statement in support of Solana. “I will not support any negativity/condescending behavior towards the Solana ecosystem,” Frank wrote. “The Solana NFT ecosystem is incredible. We owe everything to the people here.”

Furthermore, acknowledging the risks associated with the move, Frank added that the teams are not promising anything. He also reminded holders that the move is akin to “starting from zero again”, and asked community members to “be humble” and “willing to learn”.

What is happening with Solana?

To be sure, Y00ts and DeGods are the top two NFT projects on Solana by the last 30-day trading volume, as per DappRadar data. Naturally, the collections’ move is likely to affect Solana’s overall trading volume.

Already, the Solana ecosystem was rocked by multiple network outages this year. In fact, the outage in January lasted 18 hours. A seven-hour-long outage followed in May, after transactions hit a record 4 million per second. Similar network crashes were also reported in June and October due to various reasons.

On this front, Ethereum and Polygon are the superior blockchain networks. Reportedly, neither has faced any such outages slowing down millions of transactions.

Furthermore, the recent FTX collapse had raised questions about Solana’s future. To explain, FTX co-founder Sam Bankman-Fried was one of the biggest Solana investors. Reportedly, his trading firm, Alameda Research also had SOL worth $1.1 billion on its balance sheet.

Previously, Solana was considered one of the biggest Ethereum competitors, especially due to its low transaction fees. However, given the current market conditions, Solana has much to resolve to stay in the game.

The post DeGods and Y00ts NFT Collections Will Leave Solana and Bridge To Ethereum appeared first on NFT Evening.

Did you miss our previous article…
https://nft.magnewsblog.com/metalands-announces-major-updates/