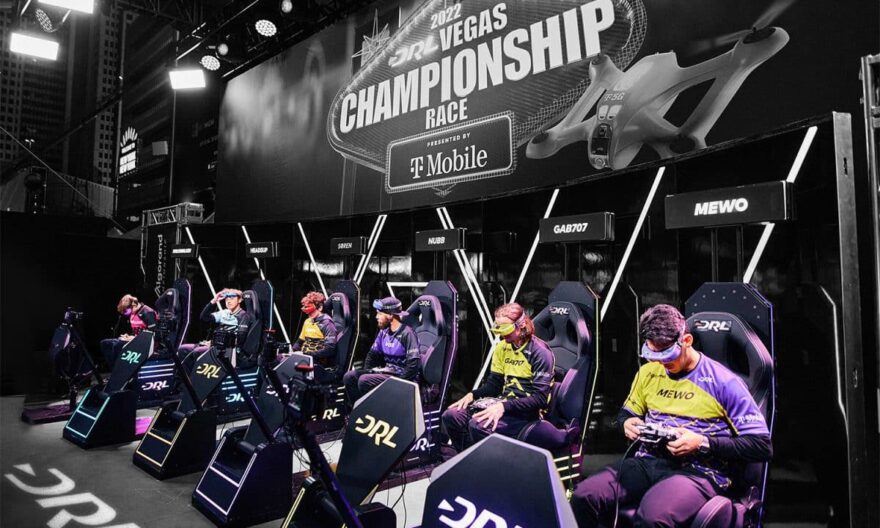 The Drone Racing League has dropped the trailer for their highly anticipated Metaverse Game with Algorand, Project Drone Galaxy. Coming to Web3 later in 2023, the game allows for high-intensity drone racing to integrate with the e-sports movement, all backed by the Algorand blockchain. Players will be able to build drones, compete, and win digital prizes.

The trailer is just a teaser of what is to come, ahead of the Drone Racing League’s Algorand World Championship.

What Is The Metaverse Game?

Project Drone Galaxy will be an important release for drone racing enthusiasts and Web3 degens alike. That’s because the game is designed with top-tier flying mechanics sure to wow the most adrenaline-hungry racers. Additionally, the fully blockchain-backed tech is attractive to Web3 netizens who are looking to see innovation in the gaming space.

If the trailer for Project Drone Galaxy is any indication, players will be in for some incredible experiences unlike any blockchain game currently out there. After all, how often do you get to race a drone through the metaverse?

What Is The Drone Racing League?

The Drone Racing League is a private organization based in New York that promotes the sport of drone racing. Competitors build super-fast drones that can handle courses with various obstacles. These events occur in two places. First, there are real-life events. For example, on February 25th, 2023, the league will be at loanDepot Park in Miami for the Algorand World Championships.

Furthermore, a live e-sports event will be held on February 4th, 2023, at Esports Stadium Arlington in Texas. That competition will take place in the Drone Racing League Simulator. Between the two events, fans will have their choice of high-octane drone entertainment. Soon enough, players will even get to fly through the metaverse.

Did you miss our previous article…
https://nft.magnewsblog.com/mark-wahlberg-and-dwayne-the-rock-johnson-partner-with-gala-games/