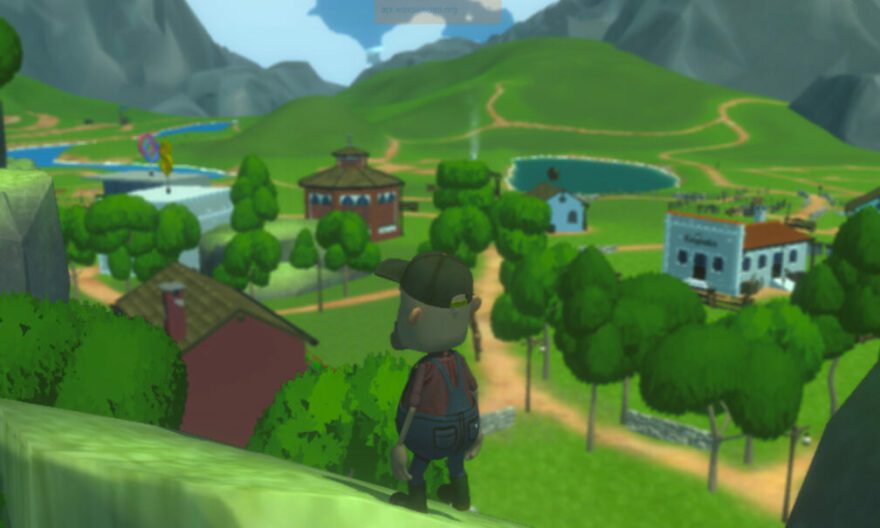 Farming Tales takes a major step forward in building their community farming game with the introduction of New Waxchester. This crafting center and social hub will continue to grow and expand and become a major part of the Farming Tales game.

In Farming Tales, each player has their own farm where they can grow crops, milk cows, harvest seeds from their greenhouse, and other sort of farming-related, resource gathering tasks. But before the introduction of New Waxchester, farming was a lonely, solo adventure with no meaningful use case for the farm products. But now, we’re stepping into a new era.

Faming Tales expands their game greatly with New Waxchester. Whereas previously, players could only sell their farm goods for SEST tokens (or WAX tokens on an exterior marketplace), now they can visit New Waxchester and make new goods! This includes cheese, sugar, flour, sausage, and many more. There are even a few items that are third level crafting (ie, made from products you get by refining things in town). And this will only expand over time. With the addition of more complex recipes and additional integration of the economy into the gameplay.

The town itself is still a little rough in spots. There are some typos and the trees tend to make it hard to see. But, just a day after release, the team has already put out one patch to take care of a few issues and improve performance, which is a good sign for future development.

Players have the option of visiting New Waxchester in single player mode, or joining a multiplayer, community version. The functionality and location is everything is still the same.

What is Farming Tales?

Farming Tales is a 3D farming and economic simulation game built on the WAX blockchain. Players own stables, gardens, coops, docks, and more. From these they harvest various resources for sale. A more full fledged economy is in the works, including refined items (e.g. wheat into flour) and complex productions such as baked goods. Players earn SEST, the main game currency, by selling the goods they produce.

The game is not free to play. You need to own game NFTs before you can do anything. All animals need a place to live and growing plants requires a garden. Players must harvest regularly to make the most of their game items. Some allow harvesting as often as once per hour, while others take days to finish. Finding a good balance for your playstyle and time is important. Animal products tend to produce at a quicker pace than garden products.

With a recent update, players can now venture into New Waxchester to refine their goods and socialize.

Did you miss our previous article…
https://nft.magnewsblog.com/times-keith-grossman-and-the-lure-of-web3-media/