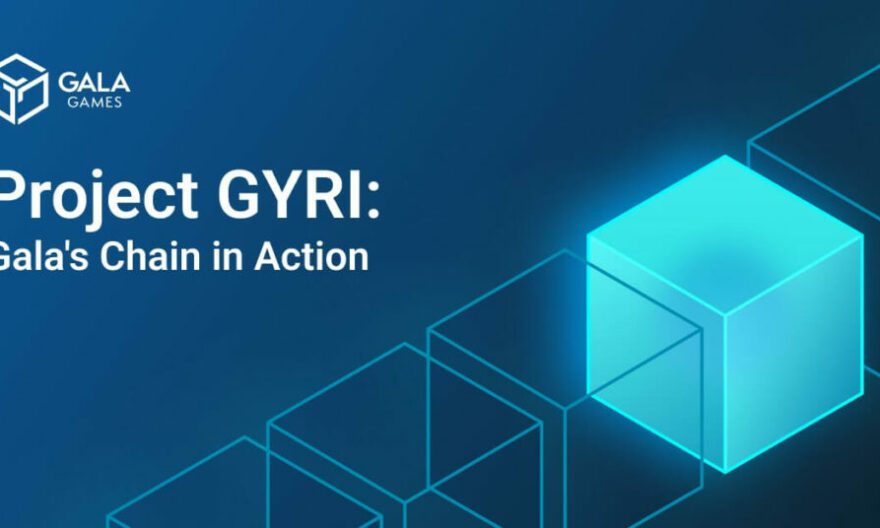 Popular gaming platform, Gala Games, has recently announced that it has acquired a mobile game company, Ember Entertainment. The announcement came in via the company’s CEO, Eric Schiermeyer, popularly known as Benefactor, who explained that the recent acquisition is a “massive leap forward in terms of being able to test and explore various games and tactics in the space.”

As such, the latest development will pave the way for a new era of gaming, especially from Gala Games. This is a frontier for Web3 gaming and will also give room for more mobile sales strategies. With these strategies, Gala Games can set a record via its blockchain – GYRI.

The platform has recorded significant progress, one evidence of which is this acquisition. Releasing a tweet to affirm this, Gala Games stated that the games of Ember Entertainment would be integrated with the Gala blockchain and use the $GALA token as gas.

This development means Gala Games got 15 new games to convert to their blockchain, as revealed on Gala Games Twitter. Also, the company plans to launch assets on its blockchain, GYRI, and users with non-transferable assets will get replacements. This will ensure that new users jump on the train, making 2023 a very promising year for Gala games users and traders.

After this acquisition, Gala stated that the games in the new acquisition have different items, each coming in unique types. However, the company plans to integrate all of Ember Entertainment’s portfolio into its functional blockchain network, GYRI. Gala Games is likely to enter the spotlight as the most used blockchain.

Currently, the company is focusing on two games, Dragon Strike and Meow Match. Interestingly, all cats owned by users on Meow Match (available on Android and iOS) previously will now become digital assets on Gala’s blockchain following this acquisition. Also, Dragon Strike (available on Android and iOS) users will get at least one scroll of minting for every $100 spent, enabling them to acquire more assets on Gala’s blockchain. Additionally, there will be play-to-earn weekly tournaments on the Dragon Strike game.

With this, Gala Games is taking its mobile strategy to the next level. Notably, the main idea behind this development is digital ownership. As a result, players will fully control every aspect of their gaming experiences. They will have full autonomy from in-game assets like $GALA to marketplace items.

Also, there will be a provision for players when they start burning their $GALA for gas. Starting next week, analyses will be run on gas burning, and results will be shared. Also, the liquidity of the Gala will be tested by users consuming gas.

“Given the scale of the mobile space and at the current price of the token with 53 games using $GALA for gas, anywhere from 6-35% of the total supply could be burned per year. Of course, the underlying token economics will change with usage at that scale and likely result in less percentage of total supply being burnt. But from the outset, it appears that mobile + gyri = goodness.”

What is Gala Games?

The platform has a healthy partnership structure, with celebrities like Dwayne Johnson heavily associated with it. In addition, the decentralized node system allows users to control the game, and users count have already crossed 1.3 million.

Currently, Gala Games users can play three games, with over 26,000 NFTs sold. Other games are still developing, and players expect them to release gradually over the next eleven months.

Gala Games has been on a rollercoaster for the first few days of this year, considering the number of achievements the company announced. Recently, a GoGalaMusic artist was nominated for a Grammy award.

Did you miss our previous article…
https://nft.magnewsblog.com/drone-racing-league-drops-trailer-for-metaverse-game-on-algorand/