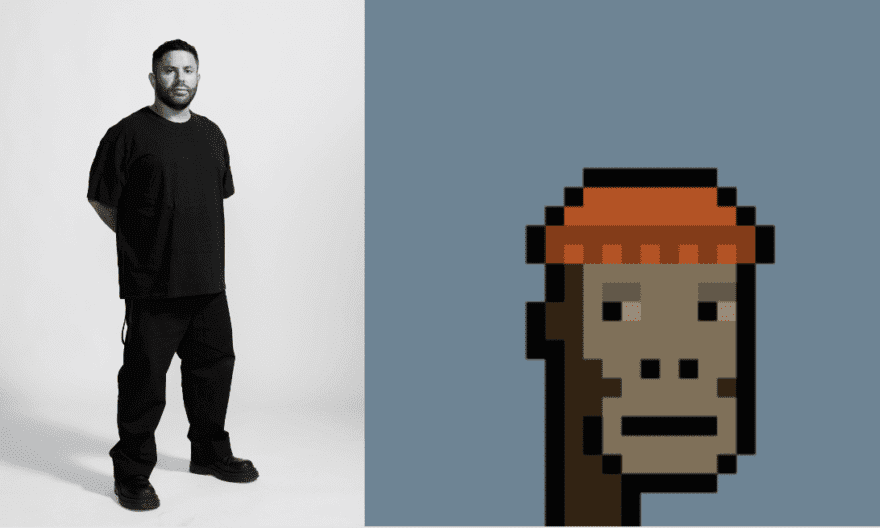 Futurist, Disruptor, and CEO of Web3 Luxury House 9dcc – gmoney tweeted to reveal his real identity earlier today! As a string of NFT top dogs have doxxed themselves, the infamous gmoney has ventured beyond his CryptoPunk digital identity as well. The move is also pushing the narrative of the need of the hour – strong, visible leadership in web3. Read on to learn more about gmoney and his far-future visions!

Gmoney is considered by many as more than just an NFT founder. He is also considered a futurist and thought leader in the space. On November 29th, the pseudo-anonymous founder revealed his visible identity to his fans with an official Twitter post (@gmoneyNFT). The post simply reads “Feeling cute, might delete later.”  The doxxing also comes as 9dcc’s Pop-Up Shop opens with the release of its sequel drop “ITERATION-02” at Art Basel, Miami. The drop is also a collaboration with  artist, coder, and Art Blocks creator Snowfro (Erick Calderon). Gmoney’s identity reveal however only goes far as his real life image. The identity (name and other details) still remain hidden.

Anonymity is a widely accepted phenomenon in web3 culture. But due to uncertain times and an influx of bad actors, there exists a huge loss of trust in the space. It is exactly during these times that true leaders rise up to the occasion to guide the culture on the path forward. Gmoney is responsible for multiple exemplary projects in web3 – earning himself the title of “OG” in the novel industry. This includes his NFT project Admit One. As part of his presence at Art Week Miami 2022, gmoney has also curated his first collection with Nifty Gateway. This exhibition is titled “TIME TO BE HAPPY, 00:01 BY BENZI” in partnership with Superchief Gallery.

“When I leaned into the CryptoPunk avatar, it was to prove a point: that what I looked like didn’t matter. It was the quality of my thoughts, how I work with the community, and my actions that were important. With all the events that have happened in the space over the last few months, it is very clear that the space needs strong and visible leaders focused on building transparently and with integrity through the bear market.” stated gmoney.

The post Gmoney Just Revealed His Identity! Check it Out! appeared first on NFT Evening.

Did you miss our previous article…
https://nft.magnewsblog.com/animoca-brands-plans-a-2-billion-metaverse-fund-for-the-future/