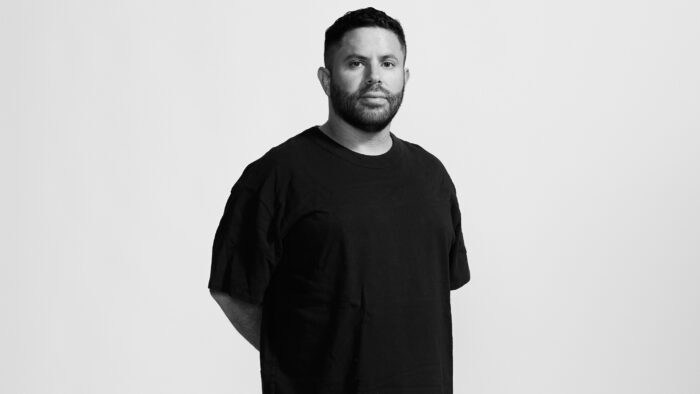 For years, top NFT collector Gmoney has remained a pillar of the NFT space. Hidden behind a moniker and a CryptoPunk facade, he’s continued to be a major proponent of NFT technology and mainstream adoption, providing wisdom to the greater NFT community, and earning him accolades as a futurist and creative director.

Throughout his many endeavors, including the lunch of the popular NFT project Admit One and the founding of 9dcc — the world’s first crypto-native luxury house and lifestyle platform — Gmoney has remained steadfast in his conviction to withhold his identity, preferring that his actions speak for themselves. But now, during nft now x Mana Common’s The Gateway metropolis extravaganza, the pseudonymous investor has abandoned his mask to reveal his visible identity, bringing to light the full scope of his personal brand and growing Web3 empire.

Stepping out from the CryptoPunk cover

While anonymity and pseudonymity are widely accepted in Web3, each is known as somewhat of a double-edged blade in the NFT space. And though Gmoney’s identity reveal is undoubtedly a major event for the space, it serves to highlight the underlying tone of seriousness that comes with the privilege of retaining power and influence while remaining hidden from the public.

While Gmoney is revealing his visible identity, he’s not sharing any information about his actual name. This will still need to be protected for his safety, in addition to that of his friends and loved ones, according to an exclusive press release shared with nft now.

In the interest of providing visible leadership in Web3, Gmoney has opted to let the world see the real him to support transparency in 9dcc. No longer will he appear shrouded in a veil during live events — instead, he’ll bear his face openly and proudly, as the captain of a frequently fruitful NFT venture.

“The space needs strong and visible leaders, now more than ever,” said Gmoney upon his reveal. “With the first 9dcc pop-up starting tonight, we are bridging the digital and physical worlds together. Now is time for the next chapter to start.”

In conjunction with his reveal comes the second release from 9dcc, titled ITERATION-02. A chip-infused t-shirt that embodies a creative partnership with Art Blocks founder Snowfro, this highly-anticipated second product from Gmoney’s luxury house will be released at 9dcc’s unique pop-up shopping experience at “The Gateway” from November 29 through December 3. In keeping with the tradition of rewarding his core community, Gmoney has token-gated the 9dcc pop-up mint so that only Admit One holders and private clients will be allowed to participate.

Considering Gmoney’s influence within the NFT space as both a builder and collector, it will be interesting to see how, if at all, his personal prestige and the standing of ventures like 9dcc is changed in the wake of his face reveal. While details about his true identity have been withheld, for now, it will likely only be a matter of time till he is potentially linked to his past ventures within or outside of Web3.

“When I leaned into the CryptoPunk avatar, it was to prove a point: that what I looked like didn’t matter. It was the quality of my thoughts, how I work with the community, and my actions that were important,” Gmoney said in a statement. “With all the events that have happened in the space over the last few months, it is very clear that the space needs strong and visible leaders focused on building transparently and with integrity through the bear market.”

Regardless, surely Gmoney, a character the NFT community has come to know and revere, will continue to live on as an important part of NFT history. Similarly, his legacy as host of countless Twitter Spaces, speaker at Web3 events, and NFT steward to artists, brands, and collectors will undoubtedly remain unchanged.

Did you miss our previous article…
https://nft.magnewsblog.com/rockstar-games-bans-nfts-on-gta-third-party-servers/