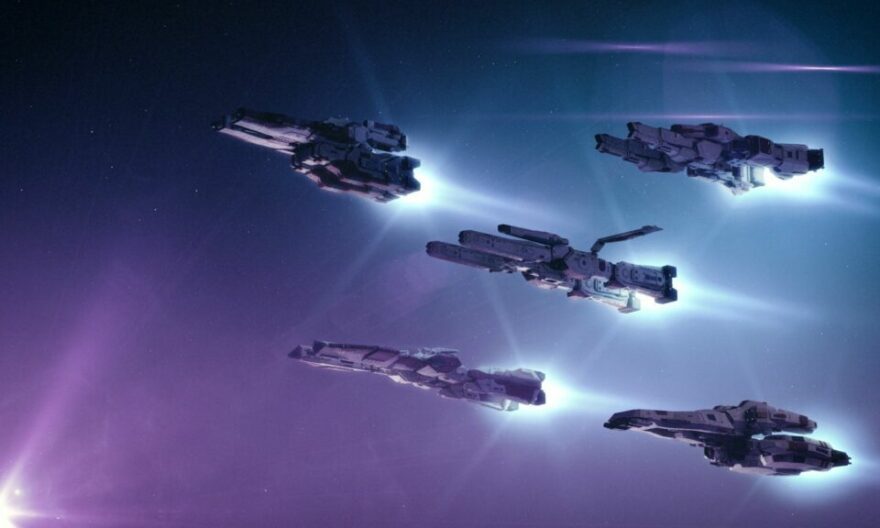 Infinite Fleet, the sci-fi game, has announced a free-to-play version of the game with several new features in the recent update. Currently, the game is playable on PC and requires players to buy an NFT ship via its official website to play the game. Now the developers have decided to open the game to a larger public through an invite-only feature. New updates added to the game include Social Hubs, the upgrading of Cruiser ships to Centurions, ship equipment, and the new currency Excellium.

The Infinite Fleet free-to-play version will be available for new players. They can join via an invitation link generated by players who have already bought a ship for the paid version. Each player who owns a ship can invite 100 players per week. There is an invite option available on the official website for this. New players who sign up for the free version can choose three non-NFT and non-tradeable Centurion ships. The developers announced the free-to-play version to test the server load and ensure seamless gameplay.

Social Hubs, Equipment and other upgrades:

“Social Hubs” are one of the new features in this update. Mars and Midgar will be safe zones or “Social Hubs” where players can assemble, participate in exciting events, or make new friends.

A new in-game currency called Excellium is also added. This currency serve as the primary currency for the online store and is available to exchange for for USF credits and equipment fabrication. In addition, there are some UI and VFX changes, that include a revised Warping screen, highlighted available fleet slots, updated Mech thrusters VFX, and rescaling of the weapons VFX.

What is Infinite Fleet?

Infinite Fleet is a sci-fi MMO strategy blockchain game. Developed by Pixelmatic Studios, the game is set in the futuristic world of the year 2150. Here players have to team up, control starships, and defend their territory from alien threats. It involves several missions, such as reconnaissance, assassination and routing, from which players can earn rewards and upgrade their levels. Infinite Fleet has several features, including warships, fleet formation, target scanning, autofire missiles, shipyard, mining, and more. The launch of its beta version took place in July 2022.

The post Infinite Fleet Announces Free-to-Play Version and Other Updates appeared first on Play to Earn.