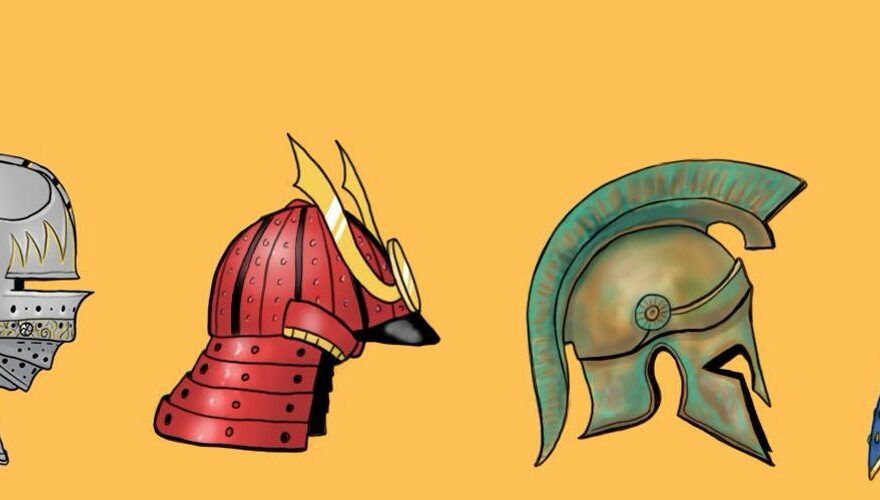 Soon, one of the more interesting projects to hit the web3 scene will drop, bringing arms and armor to Nft‘s. The Knights Who Say Na, the brainchild of Nick Richey, features a collection of media antiquities and a multi platform media company striving to lend access to ancient collectibles that previously only a select few were able to access. With literal thousands of years behind these collectibles/antiques, the web3 community will now have access and the ability to immerse themselves in the history of these pieces. The existing collection consists of 6,000+ pieces across 50 countries, spanning 6,000 years and include the famed Harriet Dean Alexandria Sword that went missing for 72 years and an authentic Ulfberht sword, the same type of sword featured in the video game Assassin’s Creed Valhalla. These, among most of the other artifacts at the event, have never been available for public viewing.

The Knights Who Say Nah is committed to the protection of the stories welded in history through its preservation of the world’s largest private collection of arms, armor and other rare artifacts. Some of the collection is already housed in esteemed cultural institutions such The Metropolitan Museum of Art and The Art Institute of Chicago.

Founded by Nick Richey, “Keeper of Arms” of the private physical collection which comprises more than 6,000 artifacts across 50 cultures, spanning 6,000 years of history, The Knights Who Say Nah seek ways to make rare pieces accessible beyond the walls in which they are stored.

The project will feature multiple nft drops – four to be exact. Each drop will represent a different ancient warrior culture. These -3D collectible avatars, or warriors from Japan and Greece and even Vikings, as well as one of one collectible artifact Nft‘s, will be available in late 2022 for the Web3 community to collect and engage with. Using photogrammetry techniques, the ancient objects have been captured in a one-of-a-kind scope and brought to the metaverse in 3-D, giving collectors and fans a close to life experience with each Nft. Some of the pieces feature swords, battle helmets, rapiers; the level of detail is breathtaking.

Nick Rishi, an award-winning screenwriter and director is also the keeper of arms of the single largest private collection of arms and armor in the world. A largely private and gate kept collection will now reach the masses through the technology and Web3. Rishi shares, “History shouldn’t be limited to the walls of a museum. The Knights Who Say Nah is proud to present its first season of 3-D ancient artifact NFTs that digitizes access to a rare collection of antique arms and armor while preserving the stories behind them.”
In their carefully constructed universe, The Knights will provide an immersive experience including art, artifacts, games, and even a television series in their universe. Their website will include a Slay the Dragon challenge, riders rooms, and will even give token holders access to scripts, concept art illustrations and even more. The roadmap has only just begun, and they are offering The Knights Who Say Nah followers incredible opportunities on both their Twitter and in their Discord.

In an excerpt from their website, The Knights describe, “Knight NFT holders will play an essential role in further curating the digital collection through their exclusive involvement in the decision-making process for purchasing and donating new artifacts. The Knights Who Say Nah aims to create an opportunity for all to learn about the transformative cultures from our past in a never-before-seen Web3 format.”

The way in which these artifacts have been rendered and brought to life is truly incredible and marks a significant time in history in which the community will have access to an otherwise private and exclusive collection.
Nick encourages those who are interested to join the Knights discord or follow the nights on Twitter. Stay tuned for launch dates, early access and even more details surrounding this project.

Did you miss our previous article…
https://nft.magnewsblog.com/are-web3-and-the-metaverse-the-same-thing/