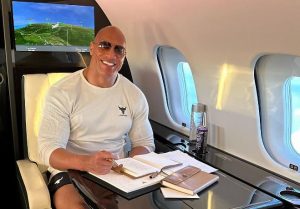 DGala Games caused a frenzy this week after announcing an exciting NFT partnership with Dwayne ‘The Rock’ Johnson and Mark Wahlberg. Soon enough, their native token, GALA, doubled in value (although the team says the surge isn’t related to the collaboration). However, things took a turn when the platform deleted its announcement on Twitter. As many fans are wondering whether the collab is happening, we’re here to clarify everything:

Gala Games’ Hollywood Icons Partnership: What Do We Know?

On Monday, Gala Games took to Twitter to announce a fantastic collaboration with The Rock and Mark Wahlberg. Initially, the team shared the news with their Discord community.

Accordingly, Gala Film is planning to use $GALA as its native token as their projects will all happen on the blockchain. Although the team didn’t announce an exact launch date, they are going to release collectibles featuring the two Hollywood icons.

Shortly after sharing their Discord announcement on Twitter, though, the team deleted the post. Of course, fans were taking aback, wondering whether it was fake news or not.

Is Gala Games Collaborating With The Rock?

“The announcement post was meant to be a closed post for the Discord community and wasn’t supposed to be shared in a public place,” the anonymous spokesperson said. “It was also part of a larger conversation in Discord about where Gala Film was headed. Gala took the tweet down out of respect to all involved partners but we look forward to sharing more about these projects in the near future.”

In conclusion, the exciting partnership will happen this year after all. While you’re waiting for details, there are many other Hollywood stars already deeply involved in the NFT market. Just check out how many famous people own a Bored Ape Yacht Club NFT!

Did you miss our previous article…
https://nft.magnewsblog.com/daily-drop-news-1-12-23/