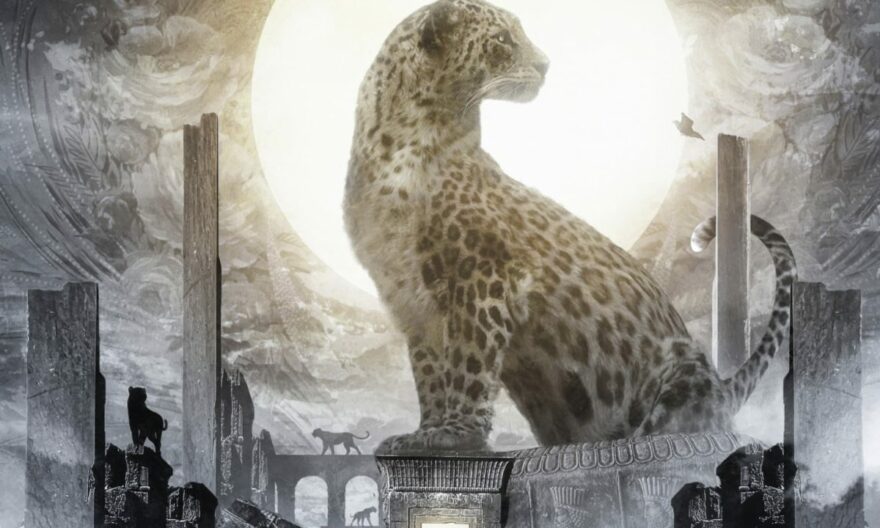 As with any emerging technology, NFTs have also been controversy’s favourite child. To be sure, it’s not all unfounded. From their environmental impacts to rising scams and rugpulls, non-fungible tokens have ample downsides to their name. Not to mention the industry’s prevailing crypto-bro culture, racism, and lack of representation. And with all the fuss around cartoon jpegs and many ludicrous NFT projects with no intrinsic value (read: Trump NFTs), it’s easy to club all NFTs under a single umbrella—as the finance journalist, Matt Levine put it—a Ponzi scheme. But, there are always two sides to the coin.

Time and again, the Web3 space has witnessed innovators using blockchain and NFTs to advocate for a range of social, environmental, and other relevant causes; driving real-world impact. Be it Web3 activism, supporting the LGBTQIA+ community, fighting Web3 racism, or raising funds for scientific research, there are plenty of examples of using NFTs for a brighter future. Moreover, if the current bear market conditions are any indication, this may be the only sustainable path forward for the Web3 space.

The NFT bubble is bursting

2022 has been a tumultuous one for NFTs, to say the least. The waning interest in NFTs, the dropping sales volumes, crashing crypto prices, and big selloffs all point towards one thing—the NFT bubble is bursting, if it hasn’t already. Compared to 225,000 sales in September 2021, the numbers plummeted to 19,000 in May 2022. BAYC’s Otherdeed, Cool Cats, World of Women, Moonbirds Oddities, and multiple other top collections are all trading at around 1-3 ETH (at the time of writing).

This is a clear wake-up call for the industry. NFTs aren’t about projects (briefly) riding the success wave fuelled by artificial hype and FOMO. Investors are becoming wary—and rightly so—and conscious of where they put their money. It doesn’t matter if it’s an NFT that sold for millions earlier (remember the NFT of Twitter founder Jack Dorsey’s first tweet?). Or that it was backed by a popular celebrity (Logan Paul’s Bumblebee NFT is now infamous for its worth; or the lack thereof). What matters right now is that NFTs need a fresh start, and soon.

The need to shift focus

Dwindling portfolios aside, this is the perfect opportunity for the industry to shift the focus to the true potential of blockchain technology. Amidst all the cacophony surrounding digital tokens, people often don’t realise that NFTs aren’t the images, videos, or memes that one sees online. Rather, NFTs, in the simplest terms, are essentially digital certificates of ownership and authenticity on the blockchain. This distinction is significant; especially in turning the narrative around NFTs.

If history is any indication, there are plenty of examples of digital trends that needed to make substantial changes to stand the test of time. Virtual reality, for example, was heavily hyped in the late 1990s. Yet, it was only in the last decade that they became popular, thanks in part to more advanced and user-friendly VR headsets, such as the Oculus Rift, released in 2012 (now discontinued). Even then, the technology is yet to see mainstream adoption.

At this critical juncture, a few important questions arise: In what ways can Web3 contribute to creating real-world impact? How can we use NFTs for social good?

While the NFT industry is still in its infancy, there are several ways to use NFTs to create real-world impact:

NFTs and crypto have become popular fundraising tools, especially because of the transparency conferred by blockchain technology. As the crypto investor and environmentalist, Nick Rose Ntertsas explained in an earlier interview with NFT Evening:

“If you donate funds using ERC-721 tokens or ERC-20 tokens, you can actually see where your money goes…There should be some kind of report back of what they did with the money and you can track everything on the public ledger.”

With NFTs, collectors also get something in return for their donations—be it art, membership, or some form of utility. Often, organisations can use these NFTs to give donors future benefits, including access to events, merch, and more. This is significant because studies have shown that reciprocal donations can inspire people to give more. At the same time, Web3 fundraising gives charitable organisations access to a wider audience for whom donation requests may have previously gone unnoticed.

Another widely cited example is the crypto and NFT community coming together to raise funds for war-torn Ukraine through multiple projects. When the Ukraine government set up its official crypto wallet, over $164 million poured in in the form of crypto donations. A donated CryptoPunk NFT even raised $100,000.

Besides, fundraising is not restricted to organisations and governments. Biologists like Merlin Sheldrake have shown how NFTs can be used to raise funds for important scientific research.

For the longest time, art has been widely used as a powerful tool to raise awareness about pressing issues. NFT art offers the same but with added advantages of decentralisation, proof of ownership and authenticity, greater transparency, and security. For this reason, creators, organisations, and brands alike have used NFTs to support causes close to their hearts.

WWF Germany, for example, launched an NFT collection in October 2021 to raise awareness about endangered species. Interestingly, each of the 10 artworks in the collection represented one endangered species. Their editions were then limited to the remaining population of the species. Moreover, WWF used all the proceeds from the sales to fund its various species conservation projects.

Similarly, French retail giant, Carrefour launched an NFT collection to raise awareness about bee protection. The funds from the sales supported the BeeFund of the French NGO, Fondation de France. Still, others have used NFTs to amplify awareness about autism, mental health, modern slavery, and the climate crisis, to name a few.

Activists like Pussy Riot founder, Nadya Tolokonnikova have long used Web3 as a tool for activism. For example, early last year, “enraged by the overturn of Roe v. Wade”, Pussy Riot set up LegalAbortion.eth wallet for people to safely and securely send donations to women’s reproductive rights organizations. It also launched the “Proof of Protest” NFT collection featuring bottles of feminism, with all sales proceeds going to LegalAbortion.eth. Their message was loud and clear: “Your voice is yours, even though your womb is not (in America). No government, no corporation can take that away from you.”

Along similar lines, Asian-American artist, activist, and technologist, Drue Kataoka used a collaborative NFT artwork to advocate for social justice. The piece was a striking commentary on the growing “racist and sexist imagery within the NFT ecosystem.”

While NFTs were heralded for their ability to create a more equitable and inclusive art space, in reality, the same old systemic biases continued. But this did not stop artists from historically underrepresented communities from creating art or supporting their fellow creators. In fact, more and more projects are now coming up to empower marginalised creators.

World of Women, one of the first woman-founded, woman-focused NFT projects, and its artist, Yam Karkai, have been empowering women in Web3 in multiple ways. Other female-led projects such as Boss Beauties, Women Rise, and Fame Lady Squad tells similar stories. Meanwhile, Tolokonnikova, along with other artists and developers, launched UnicornDAO, a collective and cryptocurrency investment fund.

“UnicornDAO was founded on the mission to redistribute wealth and visibility in order to create equality for women-identified and LGBTQ+ people,” Tolokonnikova said. “The DAO aims to diversify web3 by helping market and share NFTs from female, non-binary, and LGBTQ+ artists”.

At NFT Evening, we are incredibly proud to have always supported creators, innovators, and organisations at the forefront of Web3 philanthropy. Now, we are taking things a step higher to herald a better future for the space. For this, we are kickstarting the new year with a brand-new bi-monthly column: NFTs Driving Change.

Let’s be honest—NFTs don’t exactly have the best reputation right now. But, used in the right way, and in the right hands, it’s a technology that has the potential to make a real difference. It’s also essential to smash the current boy’s club image of the industry. Only then can it make space for voices that matter; for voices that are using NFTs for the better. The good news is that there are so many existing creators using NFTs to drive change. It’s just that their stories often get buried under the more sensational sides of NFTs (read: celebrity drops, NFT Twitter drama…you get the gist).

Hence, starting today, every alternate Sunday, we will highlight projects and creators using NFTs and other Web3 tools for a good cause. This could be anything from using NFTs to raise awareness about a cause and charity fundraising to Web3 activism, among others. Stay tuned as we bring to you project highlights and interviews with inclusivity ambassadors, artists, activists, innovators, technologists, and more.

At the same time, we recognise that conversations on impactful NFTs would be incomplete without addressing their inherent pitfalls. For example, how can one use NFT for good with minimal energy consumption? Or how can non-crypto experts make informed decisions when hopping on the NFT bandwagon? We’ll be discussing these and more in our upcoming column.

Finally, if you are someone using NFTs for creating real-world impact, have ideas about the intersection of NFTs and social justice, or know someone who does, write to us at: [email protected]

The post NFTs Driving Change: Why We Need To Look Beyond PFPs & Cartoon JPEGs appeared first on NFT Evening.

Did you miss our previous article…
https://nft.magnewsblog.com/the-nelk-boys-get-the-all-clear-for-their-bored-ape-beef-jerky/