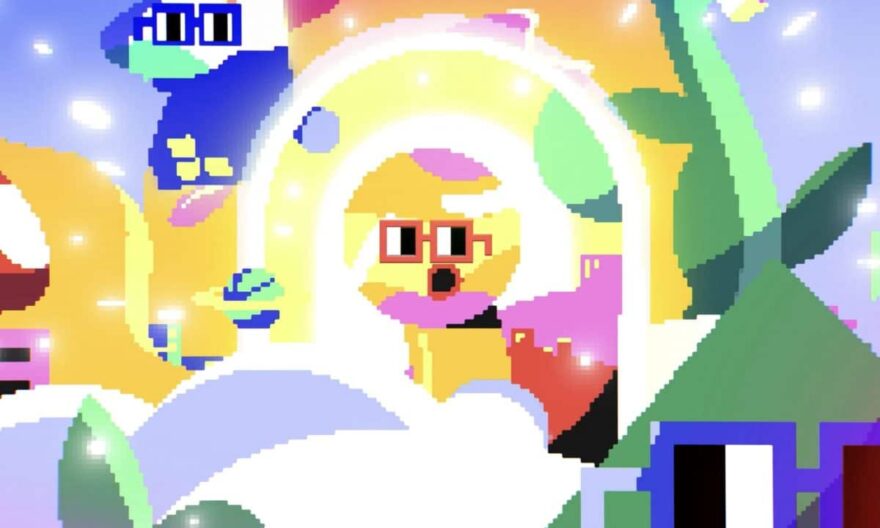 Nouns is one of the most unique NFT projects in the space, making it a popular choice among collectors. As a cc0 NFT from Nouns DAO, the collection offers open-source IP. Thanks to this, the NFTs have already made their way into toys, beers, and even movies. Although they are 2D pixelated NFTs like CryptoPunks, their unique distribution method stands them apart.

In this guide, we’ll take a deep dive into what Nouns NFT project is all about. We’ll also explore: What is the Nouns DAO? How to buy a Nouns NFT? Who created Nouns? And much more. So, let’s dive right in!

What is the Nouns NFT project?

Nouns is a generative art NFT project from the decentralized autonomous organization, Nouns DAO. According to the project’s website, “Nouns are an experimental attempt to improve the formation of on-chain avatar communities.” In essence, the project aims to “bootstrap identity, community, governance, and a treasury that can be used by the community.”

Meanwhile, all the proceeds from the NFT sales go to the Nouns DAO treasury. These funds are later used to fund real-world public goods.

The collection is one of the leading cc0 (or Creative Commons Zero) projects, with Nouns artwork in the public domain. In other words, the NFT creators have relinquished the artwork IP rights, enabling anyone to use the artwork in pretty much any way they want.

How many Nouns NFTs are there?

Unlike typical NFT projects, Nouns does not have a pre-defined, finite supply of NFTs. Instead, the team auctions one Noun every 24 hours, forever. The project uses what they call a “Nouns Auction Contract”, which functions as a self-sufficient NFT generation and distribution mechanism. Furthermore, every time an auction is settled, it triggers the mint of a new Nouns NFT.

At the time of writing, a total of 557 Nouns NFTs were sold. All in all, they have generated around 7.8 million in trading volume so far.

Nouns DAO founders, or ‘Nounders’, as they call themselves, created the Nouns NFT project. Reportedly, the project takes inspiration from last year’s tweet by punk4156. At the time, the anonymous user sought community members’ interest in creating an “all-star DAO to build a new avatar project.”

After many showed interest, punk4156 explained the concept behind Nouns in a Twitter thread in June 2021. Later, a group of 10 Nounders officially set up the DAO on August 17, 2021.

What is the Nouns DAO?

The Nouns DAO is a decentralized autonomous organization based on the Ethereum blockchain. The primary governing body of the Nouns project, the DAO uses a fork of Compound Governance, an autonomous protocol.

Each Nouns holder is an automatic member of the DAO, owning one vote per NFT. Meanwhile, each founding member gets every tenth Noun (or 10%), for the first five years as reward. All the funds, ultimately, go to the Nouns DAO treasury. Currently, the treasury boasts around 28,000 ETH (or about $34 million at the time of writing) in funds.

While there’s no limit on the number of Nouns a member can own, they must hold at least two Nouns to submit proposals. Each holder can then vote on various proposals for the treasury to support. The founders, however, have veto rights to overthrow any malicious proposals.

Some of the previously funded proposals include featuring Nouns in a Super Bowl commercial, a comedic film featuring Nouns DAO, and a Nouns coffee. A proposal for an NFT-funded European fiction movie was also passed.

How to buy a Nouns NFT

Since a new Nouns NFT is auctioned every 24 hours, the collection keeps growing. Therefore, if you have sufficient funds, you can always try your luck by bidding for a Nouns during its daily auctions on the project’s website.

Alternatively, for a slightly lower price, you can buy a Nouns NFT on secondary marketplaces like OpenSea or Rarible. Mind you, this is still not cheap; the current floor price is 35 ETH (about $42,600). Since only one NFT is released daily, they are in high demand; hence the comparatively high floor price.

What Are Lil Nouns?

Launched early this year, Lil Nouns are a new generative NFT collection from the Nouns DAO. Essentially, these are smaller versions of the OG Nouns NFTs. In other words, they also feature similar pixel art styles and are cc0 NFTs. While quite alike to their parent collection, Lil Nouns are dropped every 15 minutes for eternity.

The collection also has its own DAO, called Lil Nouns DAO. It focuses on creating a “new layer within the Nouns ecosystem:Nouns as kids.” In effect, the DAO’s aim is to introduce more people to Nouns. As with its parent collection, all auction proceeds go to the Lil Nouns treasury. Both Lil Nounders and Nouns DAO receive rewards in the form of Lil Nouns NFTs.

Nouns NFT’s unique features make them a first-of-its-kind project in the space—a much-needed, refreshing change in the NFT ecosystem. That said, in terms of overall NFT collection rankings, the project takes the 359th spot, according to DappRadar. Although they are much behind popular NFT projects, it obviously doesn’t mean Nouns are a bad investment.

As previously mentioned, the project supports some interesting real-world activations and experiences. Therefore, investors interested in these kinds of perks might find Nouns NFTs a good investment choice. Nonetheless, as always, do your own due diligence before making any investment decisions.

Did you miss our previous article…
https://nft.magnewsblog.com/yuga-labs-sets-date-for-exciting-second-trip-to-the-otherside/