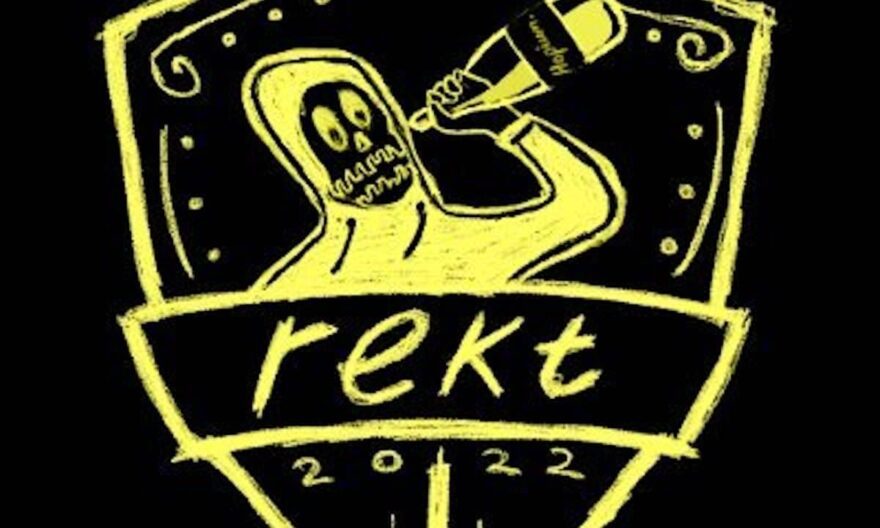 As per usual, things over at Rekt Guy are anything but dull, and the community is a proponent of this. The team started off this week with a bang, announcing their new Rekt merchandise along with the winners of their competition. Here’s what you should know:

Yesterday, the Rekt Guy team announced their merchandise collections via Twitter, which outlined all the details regarding their limited drop. The REKT Merch, in detail, consists of chic unisex items that will only be available until Monday, January 23. Not to mention, Rekt Guy holders get a 25% discount, and RLD (Red Lite District) holders have a free claim on RLD Edition items. To clarify, there are two merch collections: one for Rekt Guy holders and one for holders of OSF’s Red Lite District. Moreover, holders have options between Rekt T-shirts, baseball caps, and a “Skull Trip” hoodie. Additionally, RLD holders have the option to claim a RLD Edition hoodie, t-shirt, or cashmere beanie. Keep in mind that 20% of the profits made from the merchandise will go towards purchasing Rekt Guy NFTs. It is part of their recent buyback plan.

Who won the competition?

Along with the announcement of REKT Merch, the winners of the Rekt Guy competition were also announced. A team of four “brave souls” managed to solve multiple riddles to retrieve OSF after being kidnapped by the Keeper. The reward was an RLD NFT.

1. The story of how I went missing this year, and how 4 brave souls found me

The hunt for OSF explained

For those who are wondering, this was not an ordinary competition. It was one that consisted of riddles, morse code, airdrops, an alternate server, the burning of NFTs, and more. To specify, the Keeper, a fictional character in Rekt Guy’s narrative, kidnapped OSF during the first days of 2023. The release of OSF was contingent on the solution of a series of riddles. To specify, full-set edition holders received an NFT with a discord code that allowed access to another server. The server contained twelve rooms or channels that each included a riddle that needed to be solved. As a matter of fact, the only way to gain access to the server was to own specific editions of OSF’s art. This is significant because the last three rooms required you to burn certain editions for a new NFT.

7. The last three rooms required you to burn certain editions for a new piece in order to gain access.

Solving the twelve riddles led to the uncovering of twelve words. However, the hunt didn’t end there. In order to find the passphrase, a 13th word had to be found. The Keeper assisted in uncovering the last word by posting several clues on Twitter. In sum, entering all the correct words granted access to a wallet, which contained an RLD. And at last, the Keeper finally released OSF. However, it’s only a matter of time before the keeper strikes again.

Did you miss our previous article…
https://nft.magnewsblog.com/cometh-is-now-available-to-play-through-the-ledger-live-app/