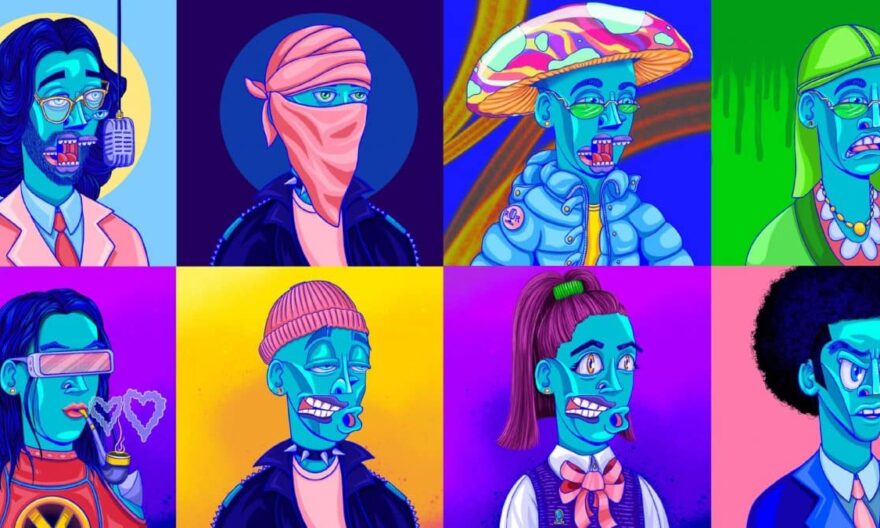 Leading NFT collector and web3 personality Farokh’s decentralized platform “Rug Radio” has announced a PFP project as part of its rapid expansion plan. The “Faces of Web3” project will bring forth generative avatars in NFT artist Cory Van Lew’s style. The project was announced at Art Basel, Miami earlier this week. Read on to learn more about this special project!

What Is The Rug Radio NFT Collection All About?

Rug Radio is a one-of-a-kind fully decentralized web3 media platform. Its shared ownership model allows the community to drive the narrative of the platform itself. Through the Rug Radio “Faces of Web3” PFP project, the platform aims to expand its message and community. This is a large-scale generative art project which features multidisciplinary artist Cory Van Lew’s distinct, and vibrant style.

According to platform founder Farokh, the concept of the “Faces” project is also an extended nod to Rug Radio being one of the biggest “voices” of web3.  As of the moment, there have been no further announcements regarding price, launch date, or total supply. The PFP project was also announced via Rug Radio’s official Twitter handle – @RugRadio. The pinned tweet boasts a collage of digital avatars in the vivid style of Van Lew. It reads “Rug Radio X @CoryVanLew COMING SOON.”

“We’re constantly doing collaborations and working hard to come up with new shows. The NFT space demands that, in a way. It’s very topical… every day is like a week,” stated Farokh. “One thing that a lot of people have wrong, in my opinion, is [the idea] that decentralization is anarchy. It’s not. In order to properly get to where we want, it’ll take a few years. The way [Rug Radio] intends to do that is by involving the community in important decision-making.” The tweet has since received a positive response from a plethora of web3 OGs and enthusiasts alike.

Farokh also states that the PFP project is more than just a digital identity via avatars, it represents the culture of web3 across the project. The “Faces of Web3” project though, is still just one separate strand of the Rug Radio platform. Farokh also insists that the community is still the number one priority in the Rug Radio ecosystem.

More About The Platform

Rug Radio exists to own the web3 “narrative and the memes”. Its core values include building a network that harbors truth, ownership, and long-term care for its communities. On Rug Radio, the community gets to decide what they consume, how it’s delivered, and overall how it benefits from the abundance created through the platform. Access to the platform’s ecosystem is via its Membership Pass, which includes voting rights and community participation perks. Moreover, Rug Radio also includes a Genesis collection. The Genesis NFT allows collectors to earn $RUG utility tokens. These tokens in turn can earn them entry into the Rug Radio DAO.

The post Rug Radio’s NFT PFP Collection: What You Should Know appeared first on NFT Evening.

Did you miss our previous article…
https://nft.magnewsblog.com/farming-tales-adds-town-of-new-waxchester/