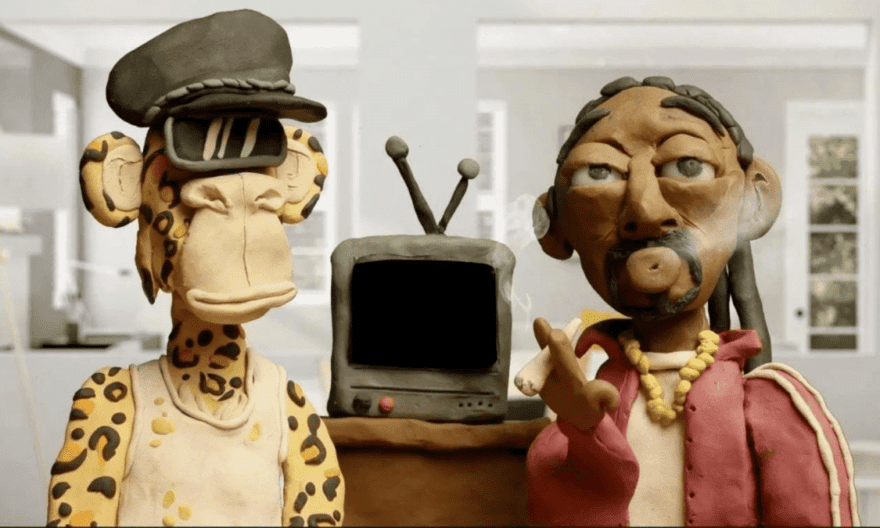 In early April this year, Snoop Dogg unveiled his collaboration with the popular Cardano project Clay Mates along with his son, Cordell Broadus (aka Champ Medici). “Bron & Bronny” embodies the bond between father and son as they venture together into crypto’s far future. The collaboration has now come to life with Charles Hopkins (Cardano co-founder) featuring in certain scenes alongside the iconic father son rap duo. Throughout the video, Snoop Dogg appears only as his clay-animated avatar, whereas Champ Medici and Charles Hopkins appear in both IRL and clay motion sequences.

The video fuses reality sequences (shot at Charles’ ranch IRL) with clay-animation cinematography. The Clay Nation animated sequences feature iconic NFT projects such as BAYC, CryptoPunks, and Clay Nation. The Clay Nation CNFT project is currently a top 3 Cardano NFT project. The project has seen over 100,000 ADA traded volume since the launch of the video.

Clay Nation is a flagship Cardano NFT project made up of 10,000 algorithmically-generated, clay-esque characters. These characters also contain hand-crafted traits. The project is currently selling LAND to build its empirical metaverse “Clayverse.” Clay Nation have tied up with various musicians such as the band Good Charlotte, as well as Snoop Dogg, his son Champ and their teams.  The founding team hopes to build Clay Nation into a virtual festival environment in the coming future!

Did you miss our previous article…
https://nft.magnewsblog.com/zed-run-celebrates-its-4th-birthday-with-challenge-to-win-a-free-skin/