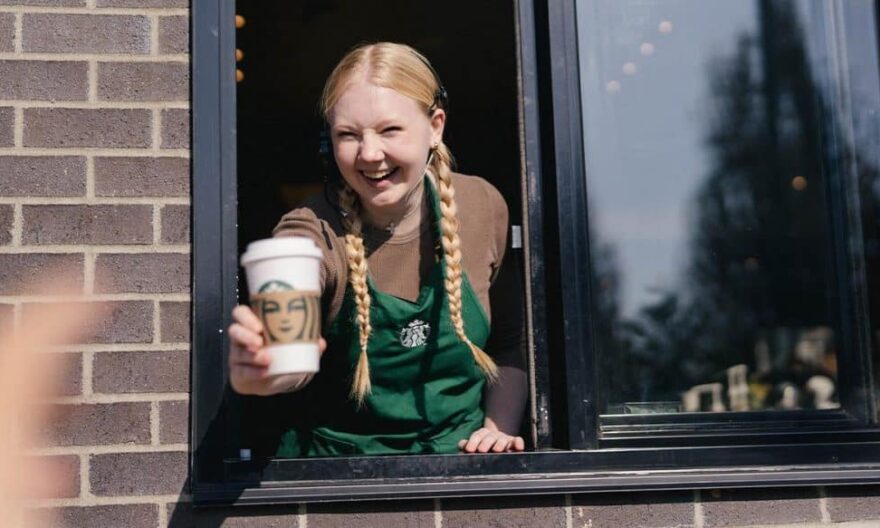 Starbucks on Thursday, December 8, launched its new Polygon-based Web3 rewards platform, Starbucks Odyssey. Reportedly, the platform has seen an “unprecedented” demand since its launch. Currently in beta for a group of testers, it will add more testers in January 2023. Let’s take a closer look at what Starbucks Odyssey is all about.

Starbucks Odyssey: What is the Web3 rewards platform?

Post the launch, there has been an “unprecedented interest in Starbucks Odyssey,” a spokesperson told Decrypt. They added that the customer response has been “overwhelming”.

How does the Starbucks Web3 rewards platform work?

To elaborate, users can earn “Journey Stamps” by completing activities such as quizzes on Starbucks Odyssey. These Stamps celebrate the brand’s 51-year-old legacy. They will function as NFTs on the Polygon blockchain which can be traded in the future.

What’s more, users can also use the stamps to gain access to exclusive perks. These include online drink-making, events at the brand’s Reserve Roastery locations, and a chance to visit Starbucks’ coffee farm in Costa Rica.

Next year, Starbucks will also launch its NFT marketplace. Powered by  Nifty Gateway, the marketplace will enable users to trade partner NFTs. Notably, proceeds of the NFT sales will support charities.

“We plan to create a series of branded NFT collections, the ownership of which initiates community membership, and allows for access to exclusive experiences and perks,” Starbucks said in May. “The themes of these collections will be born of Starbucks artistic expressions, both heritage and newly created, as well as through world-class collaborations with other innovators and like-minded brands.”

Did you miss our previous article…
https://nft.magnewsblog.com/pplpleasrs-shibuya-web3-platform-raises-6-9m/