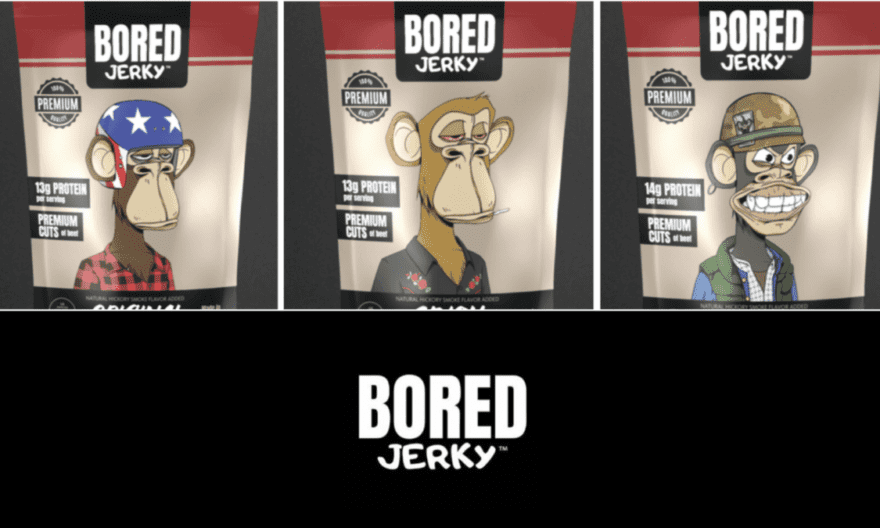 BAYC members The Nelk Boys are slated to introduce “Bored Jerky”- a beef jerky brand based on their Bored Apes soon! The Bored Jerky brand just got verified on Twitter earlier today. Upon verification, the brand states that its initial production run is coming soon!

What Is Bored Jerky From The Nelk Boys?

Bored Jerky is a beef jerky brand from The Nelk Boys. This is the second product from the founders with the Bored Ape Yacht Club branding. Their initial product was a limited edition banana-flavored hard seltzer from the Youtubers’ company Happy Dad. The drink featured Bored Ape #8928 on the cans.

John Shahidi, The Nelk Boys’ manager first teased Bored Jerky on the Full Send Podcast last year during an interview with Bored Ape founders Gordon Goner and Garga. Earlier today, the Bored Jerky brand got verified as a business. The founders swiftly took to Twitter to thank Elon Musk for the verification. The tweet reads “We are a verified business. [email protected]” The Bored Jerky brand has 3 flavors in its current lineup. Each of the flavors – Original, Spicy, and Peppered, is based on different Bored Ape NFTs.

“We have access to gas stations, convinces stores, grocery stores, what else can we do,” says Shahidi  as he shows the BAYC founders a bag of Bored Jerky. “So, then we’re like what else do people buy at gas stations, it’s a beef jerky!” he adds on the episode. The official Twitter of Bored Jerky also lists outlets that confirm large initial orders and availability. Furthermore, there are also rumors of a Teriyaki flavor in the works. The flavor and the Bored Ape NFT chosen for the same would be revealed simultaneously. For more information on the release date, interested collectors can sign up on the official Bored Jerky website.

The post The Nelk Boys Get The All-Clear For Their Bored Ape Beef Jerky appeared first on NFT Evening.