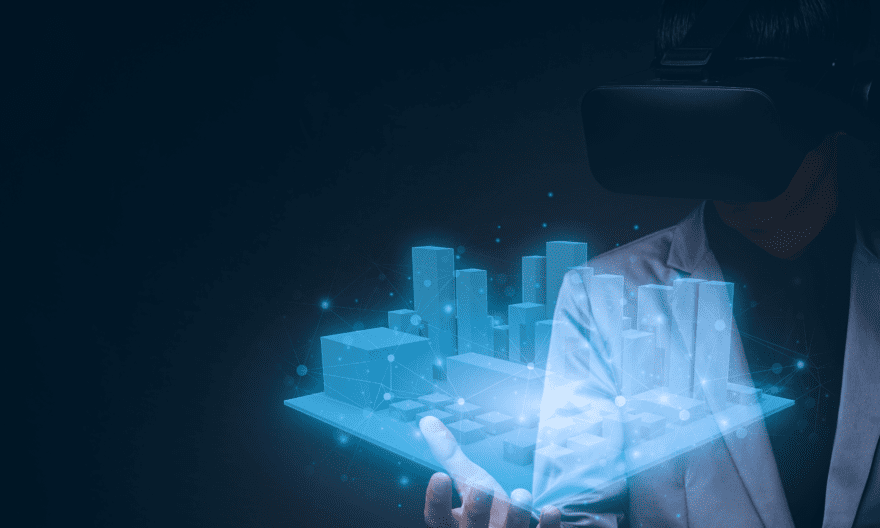 While many companies in the West are rushing to create a public Metaverse, their Chinese counterparts focus on its industrial application.

Whether you’re skeptical or enthusiastic about the prospect of the Metaverse, there’s no denying that you’ve been following the Meta saga, at least to a certain extent, for the last year.

You must admit that it’s pretty exciting to see Zuckerberg and co putting all of their eggs in one basket, trying to create a virtual public platform to make the sci-fi dreams of the ’90s come true.

However, while the West focuses on creating a public Metaverse, the East is doing something different.

In China, companies are focused on creating a virtual world where real machines and factories, grids and transportation, and other industrial objects and systems are mirrored digitally.

Just last month, the Chinese Ministry of Industry and Information Technology released a five-year plan detailing the type of innovations they plan to make in their industrial sector.

The plan focuses on integrating virtual reality technologies with industrial applications such as robotics, intelligent manufacturing, and other cutting-edge technologies.

Furthermore, the Chinese government aims to create an environment where virtual machines and factories are connected with their physical counterparts that exist in the real world.

That could create a new smart manufacturing mode featuring an enhanced interaction level between the virtual and real worlds.

So, what exactly can we call this new industrial metaverse? Just imagine a platform that connects machines and factories of all sizes, allowing them to operate more efficiently. Through virtual reality and other advanced technologies, this Metaverse will enable a more efficient and coordinated way of doing business.

What can an industrial Metaverse help China with? Boosting manufacturing efficiency is the primary goal. With such an environment, China can turn its huge industrial sector into a more efficient beast that produces better results at lower costs.

If the plan comes through, the Chinese VR industry should grow to more than $50 billion in size by 2026. By the time money starts flowing into the sector, China will have more than 100 enterprises engaged in virtual reality businesses.

Concerning private companies, a staggering number of companies are already working on VR, AR, and related technologies. They range from big tech giants like Huawei, Tencent, and Baidu to smaller startups backed by venture capital funds.

It’s estimated that 10,000 small, medium-sized, and large enterprises are already working in the VR and AR industry. Last year, over 1,000 organizations in China filed at least one patent for Metaverse-related inventions.

Although at the moment, the impact on the Chinese economy of these companies is minimal, it’s expected to change soon. The global market size of smart manufacturing is expected to exceed $540 billion by 2025, so it’s no wonder the Chinese government is actively supporting the development of this amazing technology.

What Will Happen to the Chinese Metaverse?

While the private sector in China is pretty active, several state-funded institutions are less than enthusiastic about the Metaverse. Some consider the virtual world a security risk for the entire nation. For that reason, the Chinese national IP regulator blocked a number of Metaverse-related trademark requests in 2022.

Still, the sheer number of people and organizations involved in the emerging industry makes it almost impossible to stop. And given the potential rewards of creating such a powerful platform, it’s unlikely that the Chinese government will make a U-turn anytime soon.

The post The Race to Build a Metaverse in China appeared first on NFT News Today.

Did you miss our previous article…
https://nft.magnewsblog.com/mutant-ape-planet-founder-arrested-for-2-9-million-nft-rug-pull/