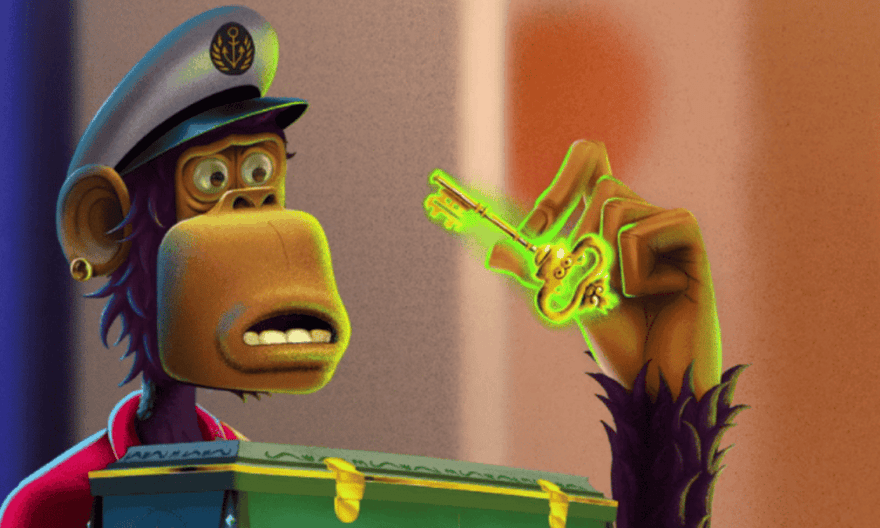 Just in: BAYC continues its Trial Of Jimmy The Monkey narrative with NFT Sewer passes! On January 17th, the Bored Apes launch with “Dookey Dash” – a unique puzzle-based minting experience. The free claim for Sewer Passes opens January 17. These Sewer Passes are available to everyone, but Bored Ape and Mutant Ape Yacht Club members get them for free. Learn more about this special minting experience and the continued Jimmy The Monkey narrative below!

The Trial Of Jimmy The Monkey: How To Mint The BAYC NFTs

As previously covered, after a series of events that opens up a BAYC multiverse the debut ‘Trial Of Jimmy The Monkey’ video ends with a magical key stuck in Jimmy’s butthole. The key to a mysterious box is stuck in Jimmy’s butthole and some brave Bored Apes are on their way to retrieve it. To do this, they enter the BAYC sewers to try to find their way to the bathroom. This is more or less where the BAYC puzzle-based minting adventure begins for the community.

Starting January 17th, both BAYC & MAYC members can free mint special “Sewer Passes.” Although, the Sewer Pass allows anyone to play the game, even if one does not hold a BAYC or MAYC NFT. The next day, January 18th, the Sewer opens up to allow players a skill-based minting experience- Dookie Dash. According to their announcement, the Dookie Dash experience will continue up until February 8th. Moreover, each player gets unlimited plays, given that they first validate their Sewer Pass by playing at least once and scoring more than 0 points.

What Is The BAYC Dookey Dash Game?

From the looks of what the BAYC MDVMM website shows us, the game is a survival based sewer run, where players get to control an Ape avatar seated on a bike as they traverse through the sewers. Furthermore, the game rewards players to pick up “fragments” along the way. The more fragments that players pick up, the higher their scores, and in turn, higher their rewards. Also, BAYC character Gary the Dog Prophet will keep a close watch on all the players.

The leaderboard will freeze once the game closes (February 8th). A week from then, on February 15th, the scores will then be validated. After this, eligible sewer passes will prepare for the summoning, and the highest score gets the key. What’s in the mystery box, you ask? Gary has been studying it and it seems he is able to summon a “power source” from another dimension into the BAYC universe. This further expands the Jimmy The Monkey narrative, and continues BAYC’s story.

How You Can Dominate Dookey Dash

A few important things to note about the game. Below are a few pointers to make the best out of your Dookey Dash experience:

More details and answers to questions about the game is found on the official Yuga website.

The post Trial Of Jimmy The Monkey: BAYC NFT Sewer Passes Will Unlock a Game appeared first on NFT Evening.