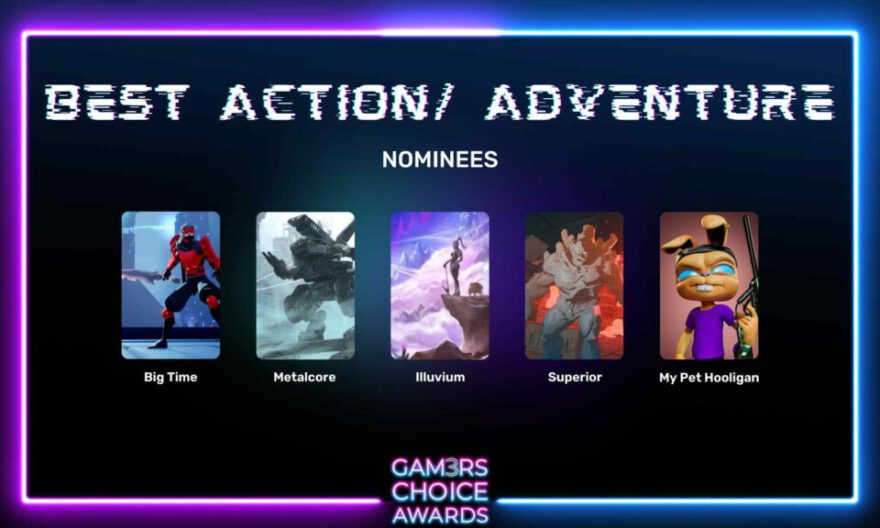 The time has come to cast your votes in the 2023 Gam3rs’ Choice Awards! With eighteen categories and dozens of games nominated, there are plenty of options to choose from. Winners revealed at the end of January.

We just recently finished one round of web3 gaming awards with the Gam3 Awards, now it’s time to vote in another contest called the Gam3rs Choice Awards. Voting is free, though players need to create an account in order to vote.

There will be a livestream on January 31st, 6pm EST to announce the winners. There will also be a $1000 giveaway during the livestream.

The Gam3r’s Choice Awards include eighteen categories. Here are the categories along with the nominees.

If anyone was counting, that is only seventeen categories. The final category is a write-in box, for user to select the ‘Most Engaged Web3 Game Community’.

Like many of these awards programs, you really have to question some of the nominees. Sure, the industry is still new, and a lot of games aren’t actually released yet, but I still wouldn’t ever considering nominating a game in a ‘Best Of’ category when all they’ve released were very limited, closed alpha previews! Or even less than that (I’m looking at you, Otherside)! And though I’m bullish on both Illuvuim and Metalcore, and I like what they have shown us so far, neither game is in any sort of finished state. And yet, somehow both games have multiple nominations throughout these categories!

But alas, nobody asked my opinion before these nominees were selected, so I guess we’re stuck with the options we’re given! Head over to the official site to register and vote!

The post Vote in the 2023 Gam3rs’ Choice Awards appeared first on Play to Earn.

Did you miss our previous article…
https://nft.magnewsblog.com/donald-trump-just-announced-a-trading-card-nft-collection/